As a tiny girl, Libby Carstairs was found by navy sailors on a deserted island in the Caribbean. She was all alone and had no memory of her past or parents. Who is she?  And what happened to leave her stranded so far from home? After she was returned to England, her situation was sensationalized in the newspapers, which meant she’s enjoyed a life of public acclaim.  Due to her unconventional history, she’s very different from other young ladies and has no desire to ever be ordinary.

Luke Watson had an exciting career in the navy, but on his brother’s death, he’s come home to assume his role as Earl of Barrett. His brother, with his repeated scandals, ran the family’s reputation and estate into the ground, and Luke is determined to repair all that’s been destroyed by exhibiting stellar moral behavior at all times. He will wed the perfect aristocratic girl, settle down to a tedious country existence, and try to be content.

But when he meets Libby, sparks fly and passion ignites. She’s the complete opposite of the woman he thought he wanted in his life, but she just might be exactly who he needs… 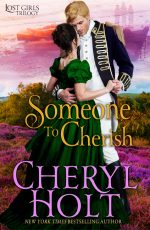 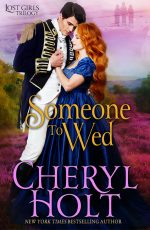 © Copyright 2020 Cheryl Holt | All Rights Reserved | Design and Maintained by Day Agency
Back To Top
×
This website uses cookies to improve your experience. We'll assume you're ok with this, but you can opt-out if you wish.Accept Reject Read More
Privacy & Cookies Policy
Necessary Always Enabled